Hit enter to search or ESC to close
CommunityConcert ExperienceEducationMusicians

The second concert of the 2021-2022 season of CMA featured musicians Take 6, Nnenna Freelon, and Clint Holmes performing the music of the late great singer, Ray Charles. Take 6, an a capella gospel sextet, integrates jazz and spiritual music and has won 10 Grammy awards. Nnenna toured alongside Ray Charles himself and this was her 3rd time gracing the CMA stage. Clint, a multi-talented Las Vegas performer, is classically trained in opera and a Grammy nominated artist. The concert featured stellar performances and left a great impact on the audience.

One of the pillars of the Civic Music Association is to provide educational opportunities to the community, especially young musicians. This concert provided the opportunity for Roosevelt students to collaborate with members from Take 6 and Clint Holmes. The Roosevelt students involved were singers from two choirs: Bridges 2 Harmony and Da Capo Jazz Choir. 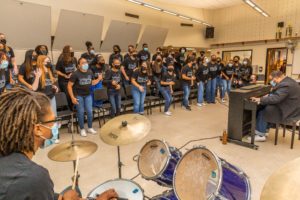 Bridges 2 Harmony is a gospel choir comprised of 38 Roosevelt students, under the direction of Devon Steve. The choir was formed 14 years ago by Reverend James McNear and Roosevelt students who wanted to explore the gospel genre of music and form diverse connections in the community. Bridges 2 Harmony has an ambitious concert schedule, performing over 30 concerts each school year, including regional tours across the Midwest. They have collaborated with many schools, guest conductors, and other musicians, including an international choir from South Africa, the Soweto Gospel Choir.

The Da Capo Jazz Choir is an ensemble led by Dr. Rose M. Dino comprised of 15 Roosevelt students. The group is highly selective and performs several times throughout the year. The choir often collaborates with other choirs and soloists, including singing background vocals for the band Foreigner. They sing a mixture of traditional jazz standards and a cappella jazz. Looking forward, they will be singing in Carnegie Hall during the 2021-2022 school year.

During the masterclass, both choirs had the opportunity to sing two songs for the Take 6 musicians and Clint Holmes and receive feedback. The Da Capo Jazz Choir performed “Since You’ve Been Gone” by Anders Edenroth and Emma Nildotter and “You Have More Friends Than You Know” by Mervyn Warren and Jeff Marx, arranged by Jeremy Fox. Bridges 2 Harmony performed “O Mary, O Martha” arranged by James McNear and “All Good People” by Delta Rae. 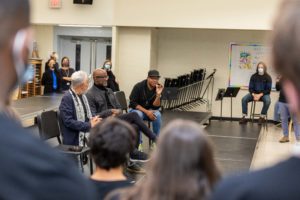 The students from both choirs greatly looked forward to singing for and getting notes from the musical artists during the masterclass. Devon Steve, director of Bridges 2 Harmony described the masterclass by saying, “What an incredible experience for our students at Roosevelt High School. From the first moment they spoke, Claude McKnight, Khristian Dentley, and later Clint Holmes, they were respectful and honest with our students. They embraced our students and treated every one as an artist. When they addressed the students, they were transparent and vulnerable, sharing their experiences about life, alongside music.” The students had many great things to say about the masterclass as well. Kiana Collier, president of Bridges 2 Harmony, enjoyed that “they talked about having to balance work and life. Being a performer isn’t just about performing – you have to remember that you’re still human.” A member of the Da Capo Jazz Choir, Evan Holt, mentioned, “It was nice to see that they’ve gone through some of the same struggles and processes we have with music. It brought it down to earth.” 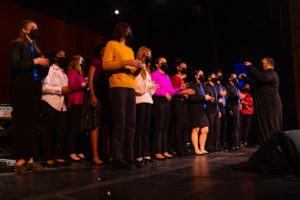 To round off the experience, both choirs had the incredible opportunity to perform preceding the Georgia On My Mind Concert on Friday, November 12th. Director Devon Steve noted, “I was most impressed how the students performed later that evening, taking to heart almost every word they said in the masterclass. Their singing was emotional, driving, and one concert goer later emailed us to say, ‘The performance on Friday showed vocal dexterity, artistry, and overall great performance skills.’” All of the Roosevelt students and their parents received complementary tickets to the show that night. A senior in both Roosevelt choirs, Caitlyn Dean, loved watching the guest artists perform that night and expressed, “It was exciting to see the notes they gave us expressed in their own performances. I learned even more by their example.”

“The things they said…I will take with me.” – Kiana Collier

CMA is proud to create opportunities for young musicians in Des Moines. The collaboration with Take 6 and Clint Holmes gave Roosevelt students the opportunity to get feedback and support from singers at the top of their field, and even the chance to perform alongside them. When reflecting on the experience as a whole, Devon noted, “As an instructor, I will reflect on all that happened that day. Each rehearsal, we will think about the contributions that they made to our musical and artistic journey as ensembles.” CMA strives to continue providing enriching opportunities to local students. As Roosevelt student, Kiana Collier, said, “The things they said…I will take with me.” 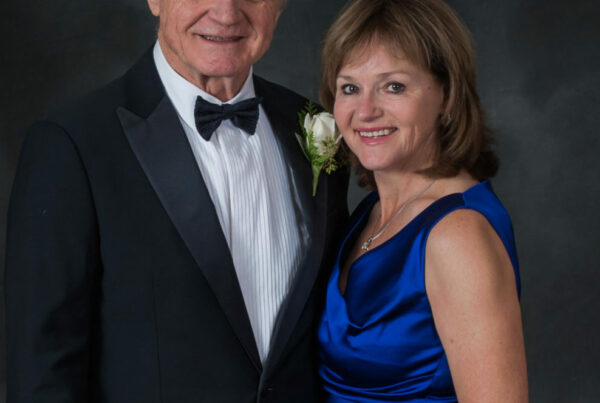 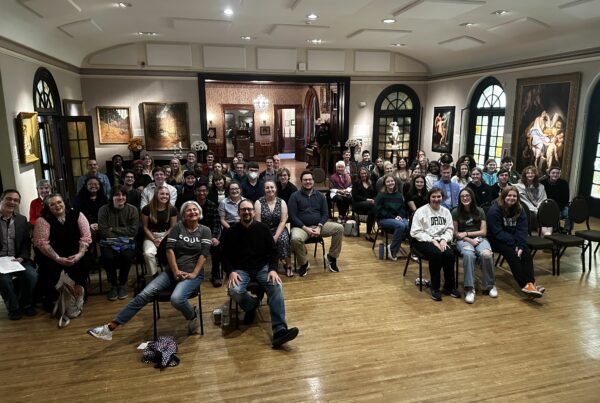 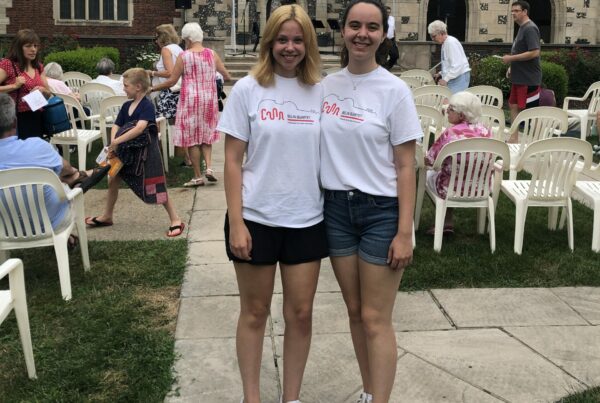