The most dynamic duo of this generation.

THIS CONCERT HAS BEEN POSTPONED. PLEASE CHECK BACK AGAIN FOR UPDATES.

Known for their adrenalized performances, original compositions, and dramatic music videos, Greg Anderson and Elizabeth Joy Roe are revolutionizing the piano duo experience for the 21st century. Their albums spent dozens of weeks at the top of the Billboard Classical Charts, while their Emmy-nominated videos have been viewed by millions on YouTube. Since forming their dynamic musical partnership in 2002 as students at The Juilliard School, Anderson and Roe have toured extensively worldwide as recitalists and orchestral soloists, and appeared on MTV, PBS, NPR, and the BBC.

Learn more about the Anderson and Roe Piano Duo at their website and on their Facebook page. 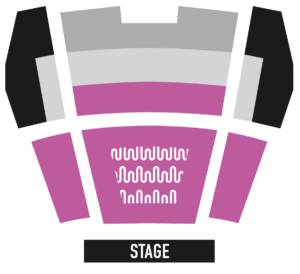